Meet the organisers of the Quendi category!

Autumn comes and the game is on: the tenth Tolkien Mailing Competition is about to start and with it the international Quendi category for the third time. (Click here for details.)

In a recent Hungarian post you could meet all who are working on the competition this year. Not to make a simple translation of the twin article, in this post you can read only the introduction of the organisers of the Quendi category - not just from this year, but also the previous two.

The main organiser (and also leader of one of the Hungarian categories): 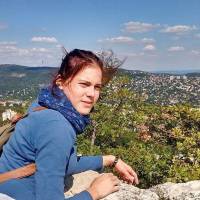 Hello! My name is Éogil, I'm 22 years old. I study archeology, this is my 4th year on the university. I met the Hungarian Tolkien Society first via the Tolkien Mailing Competition in 2009. After 3 years of participating I decided to organize. This is the second year, when I'm lead organizer of the whole competition.

In charge of the Quendi category now:

My name is Kincső, for a bit more than half of my life (13 years) a member of the Hungarian Tolkien Society, for half a year more a Tolkien-fan. In the first 5 years of TLV I was a (main) organizer, and on a lot of other HTS-programs (e.g. summer camp, Tolkien Birthday) lots of different kind of organizer: the community of Tolkien-lovers is a defining point in my life. Otherwise I graduated in Hungarian Linguistics and Literature and also Culture Management, but I work as a financial administrator with Danish language knowledge. My favourite character is Faramir, my favourite Tolkien-story is Turin Turambar's.

My name is Lívia Iván, alias Galendae, and I'm 25 years old. I'm just finishing my last semester at the Hungarian Veterinarian University. I first participated in the mailing competition in 2007, in a secondary school team. As the individual categories appeared, I competed a few years in the English versions. This year for the first time I have joined the dark side, as the organiser of the Quendi category.

Halfway between past and present, leader of the Quendi category in the previous years,
but also here to help for

In tolkienite circles I am mostly known as Metaflora (my muggle name is hidden in the second half). Tolkien Mailing Competition was one of the many ways of the Hungarian Tolkien Society to convince me of joining them: I participated in the first year, and started to organise from the third. Another favourite thing of mine is to connect with foreign Tolkien communities, so I had some influence on the starting of the international category and led it twice. At the university I studied information & library science and mathematics, finished the latter in 2013, and since that I am working in the IT department of the city archives.

Previously also in charge of Quendi:

My name is Bogáta, here known as tramit. I have 5 seasons of TLV mailing competition behind me on the organizing side, which has been my main activity in the Hungarian Tolkien Society since 2010. I'm currently inactive, but I've managed both domestic and international competitions, which was a pleasure to be part of. In civil, I'm 25 years old, on my way to an academic carreer in Finno-Ugric linguistics. 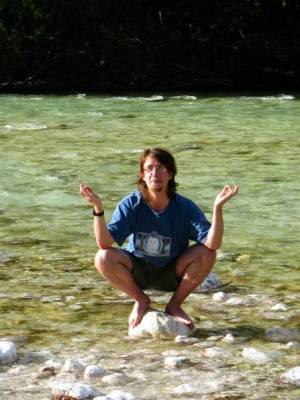 Hi, I'm Ben, a historian and archivist by profession, working in the auction house. I'm around the Hungarian Tolkien Society since 2003, more actively since 2007, depending on my free time. I was among the organizers of the very first TLV in 2006-2007, then in the last two years, with Metaflora and Tramit I organized the Quendi category of the TLV. This year I won't have enough time to do so (so this time don't blame me for the terrible tasks of topography :)), but we should meet in the next season(s).