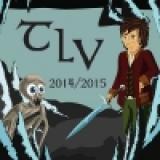 Bedtime stories from the Elder Days

Story time! In the fourth round we have asked the participants to write bedtime stories. The story could be one told by Eärwen to Nerwen; by Maglor to Elros and Elrond; by Dís to Fíli and Kili; by Éomer to Éowyn; or by Gaffer Gamgee to Elanor; and it had to be suitable to the age and culture of the storyteller and the audience. Which option would you guess to be the most popular of these?

In the third round, the other creative task was to recreate your favourite Tolkien related art. We got some pretty good pics from you!

In the 3rd round of the Quendi competition, one of the creative tasks was the writing of 3 limericks. The people and places referred to had to be from Tolkien's works of fiction, and at least one of them from the first three ages of Middle-earth. We were amazed to find that Treebeard became the only character starring in more than one limerick!

In the first round, the competitors had to design two races' board games. They had to be easily rebuilt, or small enough, that anyone can carry them in their pockets.